The history of the Swiss watchmaking brand Breguet started in 1775. For more than two centuries, the company had been inventing multiple technologies, bringing them to perfection.

In 1780, the brand produced the first self-winding wristwatch with oscillating weight and two spring drums, which became the greatest invention in the art of watchmaking.

Ten years later, the company presented a celebrated invention which again attracted great attention of the population. It was the first anti-shock device called "pare-chute,” which protected the watch’s mechanism from external damage factors.

In 1801, Breguet patented another revolutionary mechanism. It was the neutralizer of gravity, which made the clock rate really accurate. Today we know this invention as a tourbillion. Since that discovery, Breguet watches have been one of the most accurate brands in the world.

One of the most exquisite models in the world belonged to the French queen Marie Antoinette. It took the artisans 4 years to create it. 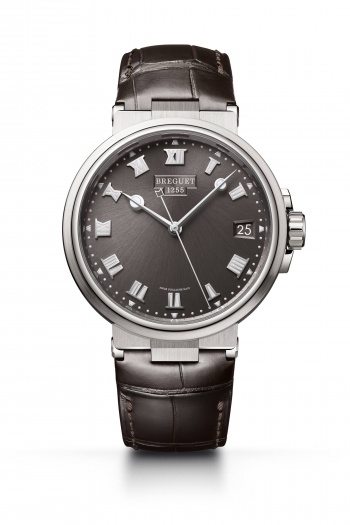 In 2017, Breguet renewed the image of its Marine line with new aesthetic style combining modernity and dynamism: the original bracelet lugs, new grooving, as well as the crown decorated with waves and a wider “B”.