Graff is a British multinational jeweler based in London. It was founded by British jeweler Laurence Graff in 1960. An intense passion for diamonds has been the driving force in Laurence Graff’s life since he first sat, over 60 years ago, at a jeweler’s bench in Hatton Garden, London’s jewelry quarter. Graff Diamonds was established in 1960, and, two years later, the first two retail stores opened in London, at a time when the jewelry industry was traditionally wholesale and workshop-based. It is often quoted that Laurence Graff has handled more important diamonds than any other diamantaire of our time, possibly of any time. Six decades after he set out in the industry and with a host of prestigious honors to his name – including four Queen’s Awards to Industry and an OBE in the Queen’s Birthday Honors List – Laurence Graff still experiences the excitement he used to feel: ‘I have the same passion and desire for diamonds as I did when I first established Graff. I truly believe I am the luckiest man in the world because I see diamonds every day.’ Laurence Graff honors the heritage of the diamond and, in the same way, shares the legacy he has built, for – even as the business has diversified and extended its global reach – the House of Graff remains a family business, operating at the very pinnacle of the industry. This legacy ensures that Graff jewels continue to be the most fabulous jewels in the world. Graff has over 50 stores around the world. 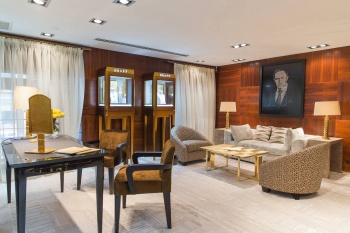 For more than a half century, Graff has been at the peak of the jewelry industry by discovering and processing perfect and rare brilliants and transforming hidden miracles of soil into precious items which fascinate hearts and excite the soul. 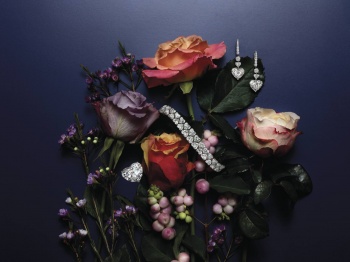 Working at the top of the luxury jewelry industry for over 50 years, Graff is known for creating the most incredible jewelry in the world.

This precious item delicately decorating an ear of a woman has never been a subject of such creative inspiration before. What can emphasize the bright set of features better than smartly selected devastating earrings with flame brilliants shimmering in the light?