TAG Heuer was founded in Saint-Imier in 1860 by Édouard Heuer. It has been a major player in the history of haute horlogerie (high watchmaking), extreme precision, innovation and design. Its pioneering spirit has been passed down through four generations, living proof of the brand motto “Swiss Avant-Garde Since 1860”.

The TAG Heuer legend is built on a number of inventions including the oscillating pinion in 1887, which is still used in its in-house chronographs today, the Mikrograph in 1916, which measured time to the 1/100th of a second, and the Calibre 11 in 1969, the first automatic micro-rotor movement.

This pursuit of precision has cemented TAG Heuer’s place in the world of timekeeping, and more particularly the motor racing world. Since the first Dashboard in 1911, and the subsequent Autavia, the name of TAG Heuer has been inextricably linked with some of the greatest Formula 1 drivers: Niki Lauda, Clay Regazzoni, Fangio, Gilles Villeneuve, Ayrton Senna, etc.

TAG Heuer, “Avant-Garde since 1860”, continues its pursuit of precision today, associating its reputation with that of some of the most globally recognized sportsmen and women in the worlds of motor racing, football, surfing, marathon and tennis.

In parallel with these various partnerships, TAG Heuer remains loyal to its guiding spirit of innovation, excellence and performance, continuing to test the limits of possibility by combining traditional watchmaking expertise with cutting-edge technology. 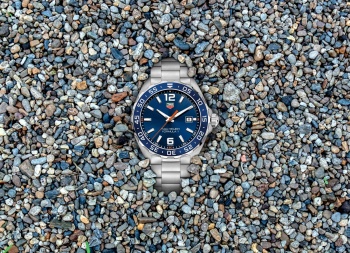 Jack Heuer created the Carrera watch in 1963 in honor of Carrera Panamericana race, famous for being the most dangerous in the world.