The history of Swarovski and the Oscars

#news #Swarovski #Swarovski
Swarovski, in cooperation with the popular creative designer David Corins, decorated the stage of the Oscar ceremony in 2019. More than 41,000 crystals were fixed in the main structures of the Dolby Theatre to create the installations “Crystal cloud” and “Crystal shed,” which were used as decorations of the stage.
Corins, who is popular for his brilliant works on Broadway, was in search of a decoration which could emphasize the entirety of this stunning ceremony. 1,250 floating weightless cords were used for the Crystal cloud, which created an illusion of a cloud, and the Crystal shed was made of 400 crystal threads located like a waterfall. The crystal decorative background was made of 1,800 crystals which emphasized the magnificence of the winners.
The combination of abstract and natural forms in modern culture is harmonized by the feeling of uniqueness and communicating with people having similar taste. The Swarovski crystal face of pendants, sequins, and pearl in gold and silver frames provided a warm atmosphere and illuminated the ceremony hall.
The stage decorated with Swarovski crystals reflected the legacy of traditions, also revived in the memories the ceremony held 85 years ago. In those years, Swarovski was first worn by Marlene Dietrich in the film “Blond Venus.” Since then, Swarovski crystals have been glistening on stages. We can mention the following legendary films: “Gentlemen Prefer Blondes” and “Breakfast at Tiffany’s.” Also “Bohemian Rhapsody”, “Mary, Queen of Cattle”, “Great Gatsby”, also the Disney adaptation of “Cinderella” and “The Beauty and the Beast.” 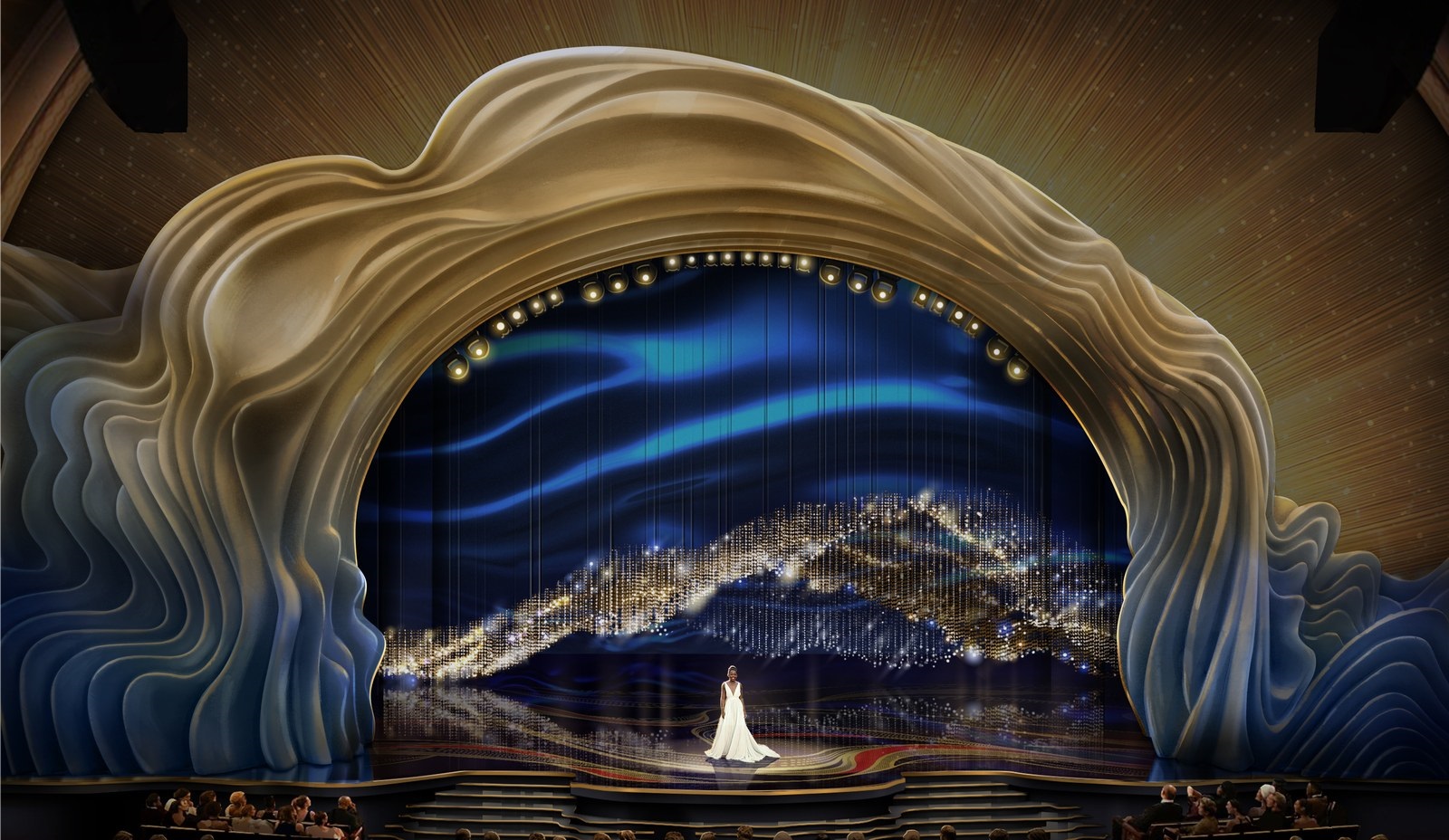